There Voughe Fashion Night (officially Vogue Fashion's Night Out) is the social event of the magazine Vogue Italia to celebrate the beginning of Milan fashion week. Every year on this day the streets of the quadrilateral of the financial capital of the "beautiful country" come to life all night long. By Mary LittleBells (Facebook- Instagram - Blog).

This year the event was held on 20 September e exclusive partners they flank Vogue Italia in his projects like: Audi who exposed in via Montenapoleone its most iconic models, including the new Audi Q2; Martini, which was confirmed for the second consecutive year official cocktail of the evening, at the same time launching a project in favor of young photographers, selected by the PhotoVogue channel and then Huawei, mobile partner and sponsor of the open-air exhibition "ThroughmyEyes" made by Vogue Italia with Fashion Film Festival Milan dedicated to young emerging directors.

But the events do not stop there, in fact the famous one online platform, leader in fashion, Zalando has created an interactive temporary store for the event, Illy Caffè hosted a special conversation with two of the project's protagonists in the Store of Gae Aulenti Dress for Coffee, Hugo Boss Parfums is QVC.

So many events for a unique evening of its kind! 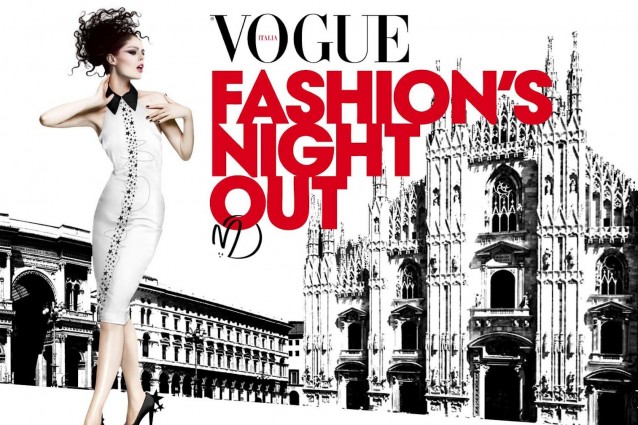 And we Official Blogger of Mimì Colonna? Our role was to study the new hair moods for the next season and we can say with certainty that the fantasy in everyday hairstyle is an element to follow, post on our social media and share, because of the whimsy and the elegance should not be flaunted only on a certain evening, but every day. The wigs, like those that transformed Gigi Hadid, Bella Hadidi, Irina Shayk & Co. seem to be back in fashion as in the '50s in style "Paper Dolls" as shown by Moschino. Peter Dundas, designer of Roberto Cavalli, instead bet on simple braids a Wind of Passions, while Prada he chooses a deep side line with a low, minimal chic tail. But not everyone is of the same opinion, in fact, while Guido Palau reports on the catwalk theextra smooth 90's, on very long hair, for Versace, Alessandro Michele he shows his models off with frisee, curls and a version of ducktail that winks at Versailles at the time of Marie Antoinette. Hairstyles on the catwalk are less complex but no less beautiful Fendi: smooth and "studded" hair with half tails or double tails. The 90s instead return with Diesel Black Gold that raises i mini bun a Gwen Stefani at the time of the beginnings with i No Doubt. More fresh and girly the hairstyle chosen by Alberta Ferretti (a low chignon with a row in the middle) e Blugirl (a simple one half bun).